Just like the historic area in which our marina is located, Fort Rachel has a notable past. It is said that the property the marina is on was used as a Fort to fight off the British attempting to enter Mystic Harbor during the War of 1812. Gunmen sat at the top of the granite ridge and forced the British vessels to retreat, securing the harbor and its ships.

Fort Rachel was acquired by blp Marine, LLC in May of 2010. Under the ownership, our staff has expanded with many talented individuals. Our marina manager, Don Sargent, comes to us with an impressive and well-rounded career in the marine industry, most recently running our sister marina Chester Point Marina in Chester, Connecticut for the last three years.

Don’s professional marine experience includes positions held in both Rhode Island and Connecticut. Before arriving in Chester, he worked for Quox Corporation here in Mystic and from this experience maintains a universal refrigerant certification. Don has also worked as the general manager of Frank Hall Boatyard in Westerly, Rhode Island and between the years of 1996 and 2003, Don worked for Freedom and Legacy Yachts as the Senior Project Manager at the yacht production facility in Middletown, Rhode Island.

With his experiences in the field and being a long time sailor and power boater, Don comes to Fort Rachel with extensive marina knowledge. In addition to being a marine professional, Don is also a family man, married to his wife Jesse and father to five children. He currently resides nearby in Rhode Island and is a member of the Wadawanuck Club in Stonington, Connecticut. 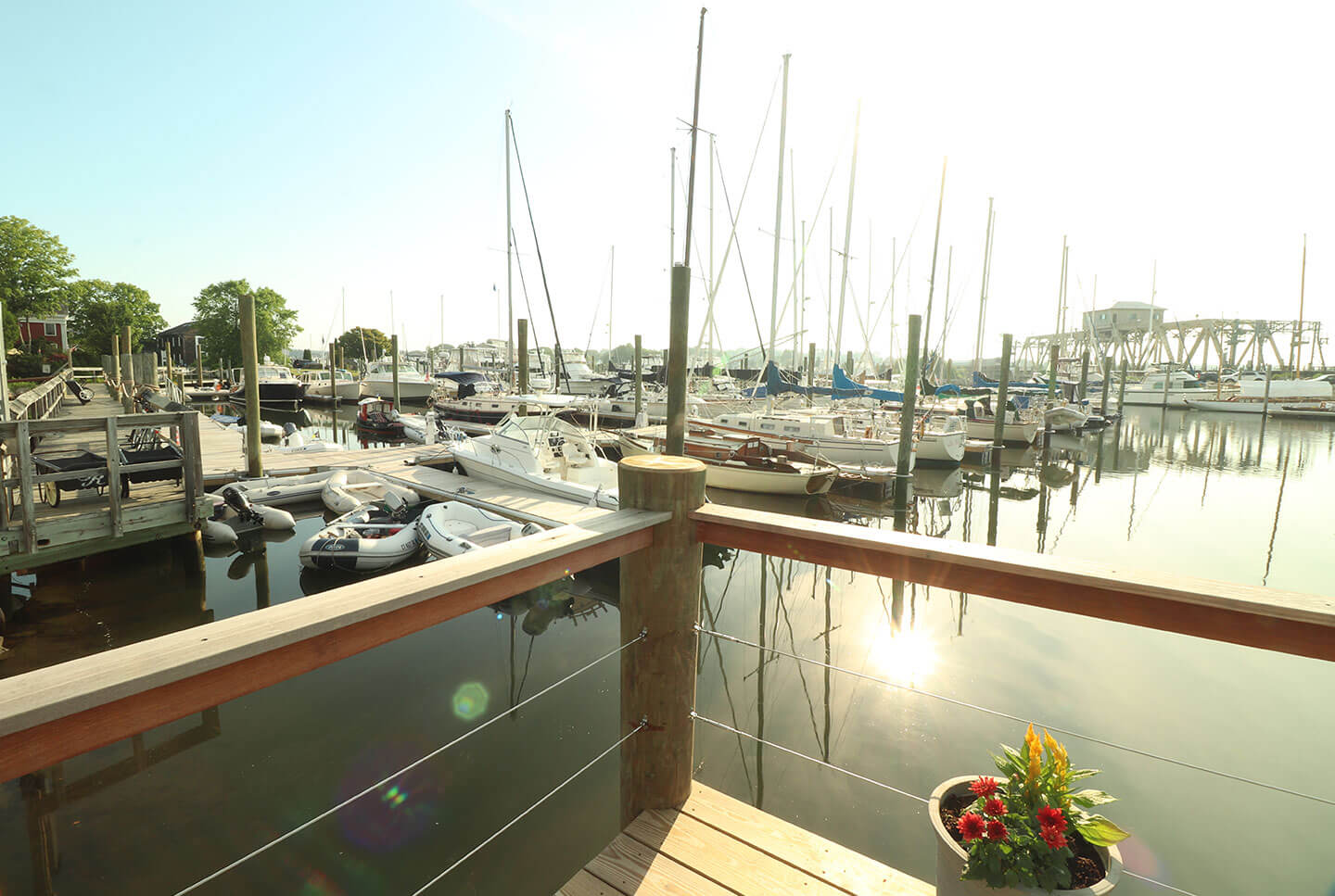 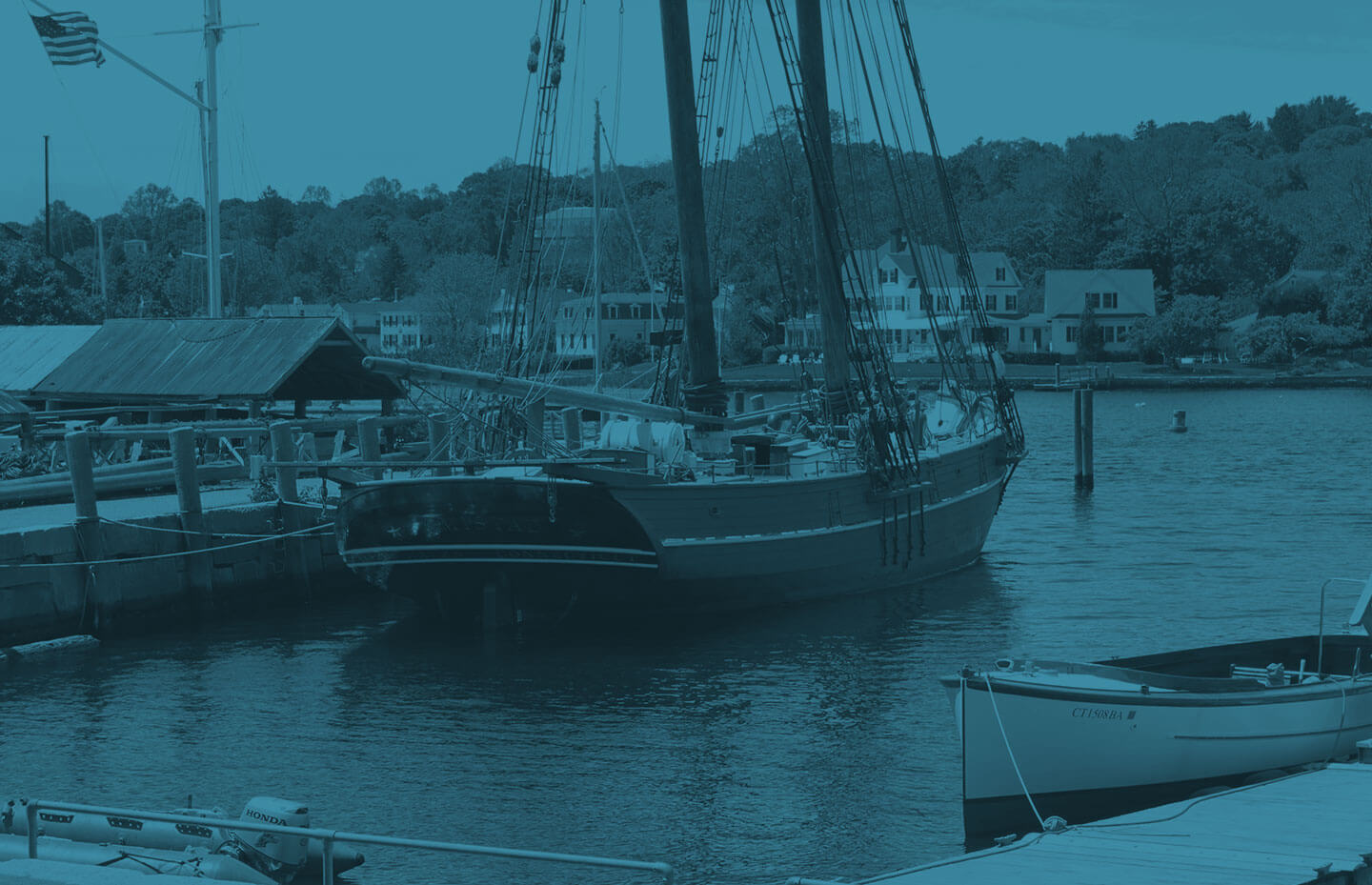 “A River Runs Through It”

Mystic, Connecticut is comprised of two towns, Groton and Stonington, separated by the Mystic River but unified by a common United States Postal Service zip code, a Fire District, and a heavily-used bridge. Although the first community of Mystic wasn’t named until around 1665, the first settlers in the Mystic area arrived some years earlier, about 1654. Mystic celebrates that year as its founding, and in 2004 celebrated its 350th Anniversary.

In 1665 the General Session in Hartford voted to change the name “Southerton” (the town on the east side of the river) to “Mistick”. The Groton side was already called Mistick. This was a serendipitous choice as the local Native tribe, the Pequots, had called it by that name for some time. The particular area that the General Session renamed “Mistick” is known as Old Mystic today. The name Mystic, as the modern spelling has it, derives from the Pequot term “missi-tuk”, describing a large river whose waters are driven into waves by tides or wind.

The first two English settlers in the immediate area were Robert Burrows on the west side of the river, and George Denison on the east side. They received grants from John Winthrop, Jr., the original settler of the community of Pequot, now called New London. Both Mr. Burrows and Mr. Denison farmed, first clearing their land and using the lumber as a cash crop; then grazing livestock; and finally planting crops. Other early families were Williamses on Quoketaug Hill in what is now Old Mystic; Gallups and Masons on the east side of the river; Packers and Fishes on the west side. The area continued in this rural vein until after the War of 1812.

When the first Mystic Bridge was installed in 1819, the west side of the river near the bridge (several miles south of Old Mystic) was called Portersville (no one knows why). The east side at this point on the river became known as Mystic Bridge when the first drawbridge was built ca. 1835 and oxen opened it by pulling it to the east side. Shortly thereafter, ca. 1850, Portersville became known as Mystic River.

Mystic River and Mystic Bridge continued as they were until ca. 1890 when the village of Mystic became known as Old Mystic. At this point, without actually merging, they gave up their independent names and became known as Mystic. These changes were caused by the requirements of the US Post Office system, which has ever since treated the villages on the two sides of the river, belonging to two different townships, as a single entity for Post Office purposes with the ZIP code 06355.

Since the original bridge was constructed in 1819, it has been replaced by newer and more technically advanced models several times, always in the same location. The current bridge was installed in 1922. Along the river during the 19th century, numerous shipyards sprang up between Mystic and Old Mystic, with merchant ships and whalers coming off the ways on a regular basis and Mystic sailors venturing world-wide. The Mystic Seaport Museum today occupies the site of one of these very shipyards. 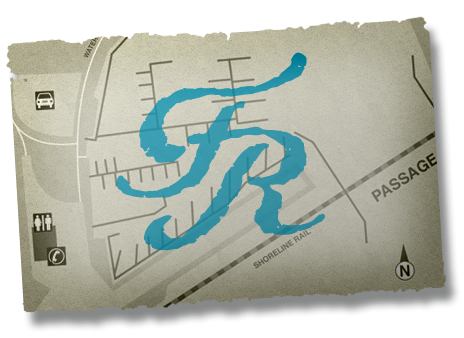